Html code here! Replace this with any non empty raw html code and that's it.
HomeFood5 Myths and Facts About Honey
Food

5 Myths and Facts About Honey 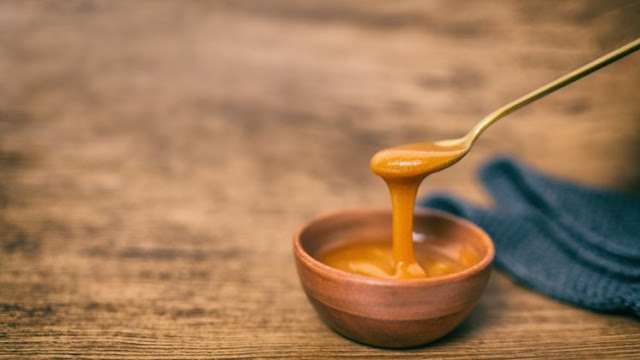 Honey has been known as nature’s superfood for centuries. Humans have been harvesting and culturing nests for a long to get nectar from honey bee’s nests. But there are a lot of myths surrounding this amazing gift of nature.

Here are some of the myths and facts to clear your misunderstanding about it:

1. Honey can be used even by diabetics

Diabetics are contraindicated in foods with a high glycemic index, which, as we have already found out, include some types of honey. In connection with the fructose contained in honey, there is not only the erroneous opinion described above that it is useful for losing weight but also another: that fructose does not lead to a sharp rise in blood sugar and does not require insulin to be absorbed. People who hold this opinion believe that diabetics can eat varieties of honey with a high fructose content. A distinctive feature of the latter is late crystallization.

Therefore, honey that retains its liquid consistency for a long time (acacia, sage, heather, chestnut) can be recommended by someone as a sweetener suitable for diabetes. At the same time, it seems that he should recommend with knowledge of the matter, with some comments about fructose and insulin and remarks that, for example, “You can’t use honeydew and lime, but you can use sage.” Nevertheless, doctors are more categorical in this matter and strongly recommend that diabetics completely exclude honey from their diet. Firstly, both glucose and sucrose are still present in honey, while hard at least one honey seller will be able to tell you with pharmaceutical accuracy the composition of the sugars in his product.

2. As a sweetener, honey is better than sugar

Fructose is absorbed by the body somewhat slower than glucose: first, it must enter the liver, wherein in several stages, it is converted either into glucose or into intermediate products of its metabolism. That is, the body spends a little more energy on the assimilation of fructose than on the assimilation of glucose. Many studies about the benefits of Manuka honey have proven that it is sweeter than sugar and has more health benefits.
But, first, the usual sugar, sucrose, is not glucose, but a disaccharide consisting of glucose and fructose monosaccharides. In the intestine, sucrose is rapidly hydrolyzed into glucose, and all the same fructose, which, like fructose from honey, is sent to the liver, where the same thing happens to it. And secondly, in addition to fructose, honey contains sucrose and glucose itself.

3. Honey is a strong allergen

Many ingredients in honey can cause allergies: body parts of bees and other insects, spores of mold and other fungi, algae, and various tiny organic debris; the most allergenic among honey components are pollen proteins and glandular proteins of bees. Honey is capable of causing the entire spectrum of allergic reactions, from mild itching in the mouth and contact urticaria on the skin to severe asthmatic manifestations and anaphylactic shock. However, in practice, honey allergy is extremely rare. The number of people exposed to it is less than 0.001%.

Doctors do not advise giving honey to children under 18 months, but not at all because of allergies: Clostridia of botulism can get into live unpasteurized honey. Although they are unable to multiply in it and release dangerous toxins. In this form, they do not pose a threat to an adult but are unsafe for young children, whose immune systems are still too weak. In the case of pregnant women, there are no contraindications – the placental barrier will protect the fetus.

Related Post:  What Is The Difference Between Iboga And Ibogaine?

4. Honey – a storehouse of vitamins

5. The most useful honey is May

In different countries, different varieties of honey, due to traditions, are valued completely differently: for example, in the USA and Western Europe, they like honeydew because of its mineral composition, which cannot be said about the CIS countries, where it is often considered low-grade. In Russia, May is extolled, apparently because of its rarity. The fact is that it is simply unprofitable for beekeepers to collect honey in the spring when brood increases in the hives and the swarm requires a lot of nectar for their own needs.

It is worth leaving the bees half-starved in the spring – and this will end in losses in the summer. Most often, what is sold under the guise of May honey is last year’s, heated honey. But real May honey, collected in late May-early June, does not differ, on average, in any special use properties, in comparison with honey collected at other times. At the same time, May honey
Share
Facebook
Twitter
Pinterest
WhatsApp
Previous articleHire the Best Virtual Assistants Services in Philippines
Next articleWhy you should Follow Influencers Online

McCoy Juliahttps://infiniticoach.com/
Julia McCoy is the founder of Content Hacker, a 7-time author, and a leading strategist for creating exceptional online content. Her last $75 enabled her to build a seven-figure writing agency, which she sold ten years later. She teaches founders and marketers how to build a business through inbound content so that they can make a positive impact on the world in the 2020s. Julia's blog and podcast, Content Transformation System, offer weekly advice.
RELATED ARTICLES
Food

Homemade Jelly Beans and Candy Buffet Available for All Events

The Difference between a private chef and a personal chef

Server Reliability and Its Importance

Adapting to New Business Trends in the Digital Age

Helpful Tips And Trick For Hiring A Birthday Party Limousine

6 Ways to Save Money From Installing Solar Panels