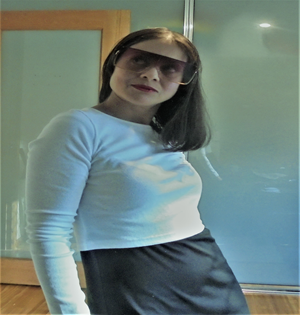 The NSW Police Force has been picking on and harassing Marion Julius in recent years. They have been pestering her for information about a cold case they have made her sick and put her in harm’s way. She has been telling people for so long and the police just ignore her all the time ignoring her safety, well-being, and her feelings. There is billions of posts online at various websites, and blogs and many people have spoken about it in videos that have been posted. The NSW Police Commissioner has been informed many times but he too has been ignoring her the police have been shoving Marion’s papers in folders and hiding them away they do not care about her. There is police misconduct going on at the NSW police force the policemen are perves stalking Marion Julius collecting her photos and taking them home. The missing person’s sister has been also putting Marion in harm’s way Marion who had to leave Sydney because she was being followed and threatened. The police are harassing Marion with phone calls and sending people to her with this ongoing stalking and police harassment. They have never replied or answered her requests nor have they answered and explained why they did this to her including this they closed her events number report from 2011 not helping her. The missing person’s sister has been also stalking Marion Julius collecting her personal life things about Marion. Many posts, videos, websites, and blogs are only about Marion and the missing person’s sister is causing trouble for Marion sending danger to her over the years.

There is also a few other people that have been stalked and harassed by the police in recent years. And there is talk about the police getting sued many complaints were filed and sent and people have been harassed by Detective Stratton who has been very rude pestering people calling all the time. The police have been only caring about the missing person’s sister who is a liar and she is too blame for these problems burdening other families with her problem. And destroying people’s lives causing trouble and problems non-stop telling the police lies and making up stories about people. No information was told no more information was told but the police are making people’s lives miserable.

McCoy Juliahttps://infiniticoach.com/
Julia McCoy is the founder of Content Hacker, a 7-time author, and a leading strategist for creating exceptional online content. Her last $75 enabled her to build a seven-figure writing agency, which she sold ten years later. She teaches founders and marketers how to build a business through inbound content so that they can make a positive impact on the world in the 2020s. Julia's blog and podcast, Content Transformation System, offer weekly advice.
RELATED ARTICLES

Importance of SEO to B2B: How to Develop an Effective B2B SEO strategy?

How Can Best Wedding Company For Wedding Event Hire? Why

Our Wedding Will Be Perfect If You Read This