The Importance of Scarves in Fashion 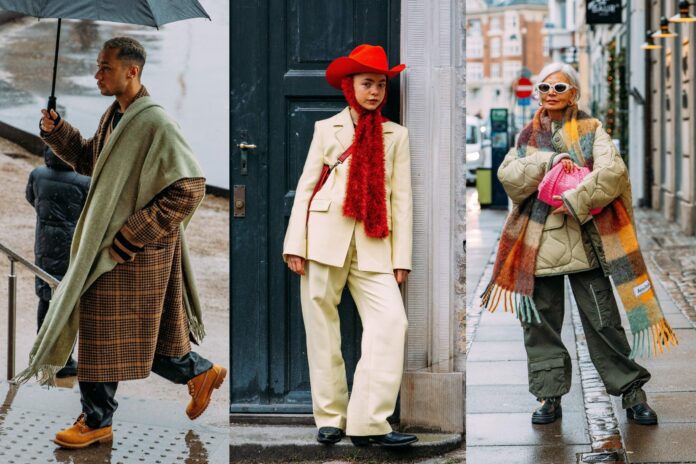 The Importance of scarves in modern fashion is evident in how women wear them. They can be tied around the head as a hair accessory, draped over the shoulders as a layer, or even tied to a bag handle. They can revitalize a look and compliment your skin tone. They can also draw attention to your neck and face, creating a more exciting conversation dynamic. 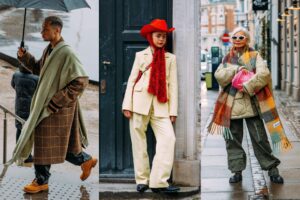 Scarves are a great way to keep warm while looking chic. Depending on the season, you can choose from various styles at retailers like Coach Outlet. For example, a woolen scarf is a perfect accessory for chilly days, while a light linen scarf can be worn during warmer months. No matter what type of scarf you choose, it will surely add a sophisticated touch to any outfit.

Men and women have worn scarves for centuries. The first recorded use of a scarf dates back to Ancient Egypt when Queen Nefertiti wore a woven wrapped scarf under a jeweled headpiece. Although scarves have become more commonly associated with women’s clothing, men have worn them for centuries. For example, ancient Roman men used scarves to cover their faces and keep them dry.

Scarves can completely change an outfit. If worn correctly, they can even add personality to your wardrobe. The key is to choose a scarf with a print that you love. They can be a solid color or a more detailed pattern. In either case, they offer you the chance to wear contrasting colors without looking out of place.

One of the most versatile scarf styles is the neck scarf. You can wear the scarf in various ways, such as looped, draped, or tied in a knot. Neck scarves made of Jersey fabric are versatile and can be worn even in milder climates. These versatile accessories can be worn all year round and have the potential to last for years.

They are a symbol of femininity

While in the 1950s and 60s, scarves were a symbol of femininity, the fashion world is turning to them again as a fashionable accessory. Many women in the period believed wearing an expensive silk scarf would protect their image and transform them into royalty. Today, scarves are a fashion accessory for many reasons and are just as crucial as in earlier decades.

Often worn around the neck, scarves help keep the wearer warm during cold climates. They can be thick or thin and worn as a headpiece or around the face. A woolen scarf, for example, is knit with a bandhani technique, making it particularly warm. Several types of scarves are available, ranging from the classic cowl neck to the more fashionable bow.

Scarves have been a sign of wealth and status in society for years. Today, a scarf is one of the most iconic fashion accessories. Its popularity began to rise in the 19th century. The typical 18th and 19th-century scarf were known as a fichu. This small cloth was worn loosely around the neck or upper chest and was knotted in the front. It provided modest covering and an opportunity to show off fine textiles.

Scarves are also used as symbols of religious, cultural, or economic status. For example, the scarf symbolizes modesty in Islam, and in the Sikh faith, it represents honor, holiness, spirituality, and righteousness. The Victorian era saw the introduction of scarves as a symbol of wealth. Fashion houses began importing Chinese silk to weave into luxurious square scarves. They were designed in beautiful patterns and used rich colors.

McCoy Juliahttps://infiniticoach.com/
Julia McCoy is the founder of Content Hacker, a 7-time author, and a leading strategist for creating exceptional online content. Her last $75 enabled her to build a seven-figure writing agency, which she sold ten years later. She teaches founders and marketers how to build a business through inbound content so that they can make a positive impact on the world in the 2020s. Julia's blog and podcast, Content Transformation System, offer weekly advice.
RELATED ARTICLES
Fashion

Do You Have What It Takes To Oak Flooring Service In Hertfordshire A Truly Innovative Product?